In lives full of remarkable moments, we help create even more.

Whether it’s a brief encounter or a life changing event, these unique moments enrich lives. And we do everything we can to make them happen.

To give you an idea of how we can make a difference, here are Remarkable Moments from our home.

Residents and staff enjoyed the entertainment from Phoenix Academy of Arts 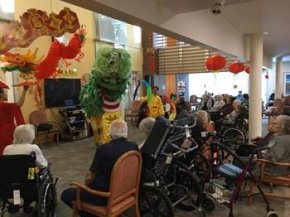 Extendicare Rouge Valley celebrated Chinese New Year in February. Phoenix Academy of the Arts presented a “dim sum” of entertainment for residents and visitors in celebration of the Chinese Lunar New Year. They performed various dances, martial arts, songs, and even a Lion Dance! A festive time was enjoyed by all!

Extendicare Rouge Valley hosted their annual Black History Month Celebration on February 22. Once again, it was a rich inter-departmental collaboration 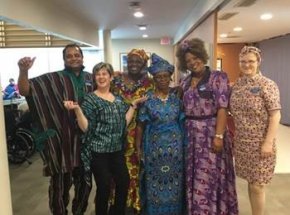 Extendicare Rouge Valley hosted their annual Black History Month Celebration on February 22. Once again, it was a rich inter-departmental collaboration. Recreation staff and PSWs dressed in West African & Toronto-African fusion clothing, our cooks and some PSWs prepared dishes from Jamaica, Ghana and Nigeria. Entertainment was provided by the ever-talented Fred Crossley.

Thanks to “artrepreneur” Robert Small for 25 years of Black History posters gracing our walls, honouring so many important people who have done incredible works in their communities and in the world (www.thelegacyposter.com). Residents of all traditions had a great time, including the “renowned” Lillie Johnson dancing up a storm (you can buy her autobiography on Amazon, “My Dream”).

Students from Alvin Curling Public School visited Extendicare Rouge Valley and spent some time with residents and team members at the home. It was a wonderful experience for the residents to engage with the students. 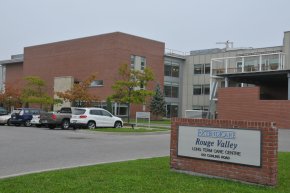 Students from Alvin Curling Public School visited Extendicare Rouge Valley and spent some time with residents and team members at the home. It was a wonderful experience for the residents to engage with the students.

The school’s principal sent a note of appreciation to the home’s administrator following the visit: “My staff, students and parents were in awe at the hard work and care that your home provides for our most vulnerable who have so selflessly paved the way for all of us today. We enjoyed every minute with the residents and your staff and we’re glad to hear that you did too. We are so thrilled to have begun this journey with your team and we learned a few things from this initial visit. Jessie, I know as a leader you often don’t get praise and appreciation like you should, but as a leader and principal of a school of over 550 students, just walking into your facility opened my eyes to the positive and caring culture within your home. You and your staff should be proud of the feeling that we all felt when walking into your facility.

Congratulations to our very own Lillie Johnson 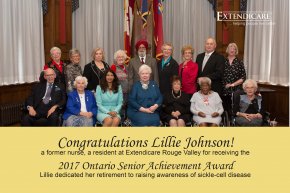 Congratulations to our very own Lillie Johnson for receiving the 2017 Ontario Senior Achievement Award! Ontario is recognizing 15 outstanding seniors for their significant contributions to their communities and to the province after the age of 65. The awards was presented at a Queen’s Park ceremony on November 29th by the Honourable Elizabeth Dowdeswell, Lieutenant Governor of Ontario and Dipika Damerla, Minister of Seniors Affairs.

At 95 years young, Lillie Johnson is a shining example of service to others and the community at large. She was awarded the Order of Ontario in 2011 for her work with the Sickle Cell Association of Ontario, which she founded in 1981.

Since retiring in 1989, Lillie has devoted her volunteer efforts to the twin causes of education and raising awareness of Sickle Cell Disease. At Extendicare Rouge Valley, she is an active member of the Residents’ Council and an advocate for residents’ mental health and social support networks within the long-term care. 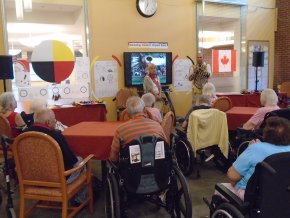 On June 19th, Extendicare Rouge Valley hosted our second annual event honouring the First Nations of Canada. This event is an essential part of our celebrations of Canada, as it is important to recognize Canada’s original roots; after all, like it was noted on a billboard in Nova Scotia, it’s “Canada150” … it’s Mik Mak 13000 … and as one of our guests pointed out, it’s “Anishnaabe15000”!

After acknowledging the traditional territory on which our home sits, we welcomed two local First Nations community members, Star and Daniel, who spoke about various aspects of their culture, such as: the “Talking Stick”, their (beautiful!) pow wow regalia, dream catchers, drumming, the Three Sisters, strawberries, smudging, Turtle Island, sweat lodge, living in relationship with the land, and the symbolism of the Medicine Wheel. They also spoke about their experiences with the Residential School system, challenges with families so deeply affected by the cultural destruction that happened over so many centuries, and alienation from – and later discovery of – their rich heritage. They shared some of their music, danced, and Star even treated us to traditional songs and drumming with one of our music therapy “buffalo drums”.

To prepare for this gathering, we decorated the room with a giant Medicine Wheel, teachings from “The Sacred Tree”, a map of Aboriginal languages across Canada, texts by famous Indigenous individuals, and our home’s own relevant materials such as our drums and our talking stick, which is part of our Java Music Club program and had been blessed by a Native Elder on the West Coast.

Star and Daniel brought some of their handicrafts which residents, staff, and visitors could purchase. At the end, they donated a giant dream catcher, which they requested to be placed in one of our nursing stations … and they generously gave away dream catchers to some of the residents and visitors! We appreciated so much this opportunity to discover the rich, living heritage of the First Nations of North America. We are grateful to have opened a bridge of dialogue between our home and our Indigenous neighbours … we look forward to deepening this relationship over the years.

Lillie received an Award which is given each year to a resident of an OLTCA member home who has made remarkable accomplishments and outstanding contributions to society, their community and/or their long-term care home 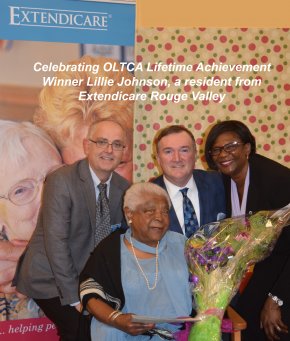 Lillie received an Award which is given each year to a resident of an OLTCA member home who has made remarkable accomplishments and outstanding contributions to society, their community and/or their long-term care home

Those of us who missed the OLTCA event felt that we could not leave it at that and were determined to come here and continue celebrating Lillie Johnson in the place she calls home, our own Extendicare Rouge Valley. We are proud to be part of your family.

Born in 1922 Lillie is the epitome of the senior of today, one who continues to contribute to her community at any age, who sees age as a gift and not a challenge.

She has worked for more than 70 years caring for, teaching and working for her community. One area of immense contribution is Lillie’s work with Sickle Cell, a disease where she still volunteers to this day. Because of her work, Sickle cell is routinely tested on newborns in Canada.

Lillie got her grit and determination from her parents and especially her father who was also an advocate for others. We continue to see that determination today through her interactions in her community.

We would like to personally thank you Lillie for all the lives you have touched It is indeed a great privilege to have you as one of our own and we are grateful to Extendicare Rouge Valley for creating an atmosphere where our seniors can continue to thrive right into their 90s.

Congratulations Lillie for your award and your achievements.

Mrs. T. was in her 90’s and, for quite some time was not responsive. She had stopped talking and for the most part stayed in her room and rarely interacted with anyone. 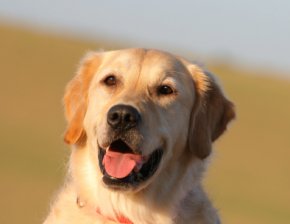 Mrs. T. was in her 90’s and, for quite some time was not responsive. She had stopped talking and for the most part stayed in her room and rarely interacted with anyone. One day our Travelling Farm Wagon filled with baby chicks, bunnies and other small cuddly animals went by her door. Our staff member placed a chick in her lap and, out of the blue, Mrs. T. picked up the chick and started talking to it. That little chick brought her so much happiness and the joy on her face was obvious to everyone.

To Our Extendicare Community, continue

There has been good news to start the year with vaccines being administered to vulnerable populations across Canada. Extendicare continues to work with our public health partners across the country to administer first and second doses to help protect our communities. continue

Our staff have fought day-in and day-out against this devastating virus for a year. While it has been difficult, the vaccine gives hope that we are nearing a return to better times. continue

As we come to the end of month seven of the pandemic, our focus at Extendicare remains steadfast on providing the care and service that residents, clients, patients, team members and families rightfully expect. We are very grateful for the hard work, care and commitment our team has displayed to our residents, clients and patients. continue

Our Remarkable Moments view all 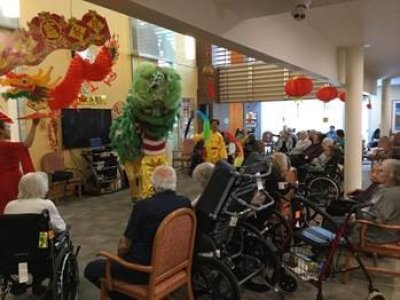 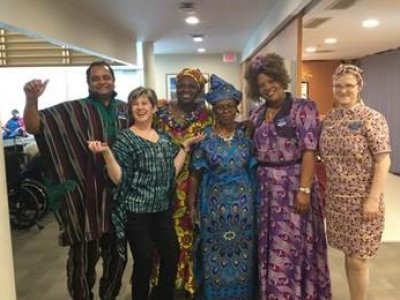